Success stories are full of challenges, perseverance, and, above all, love. Ours is no exception.

The story of GR International is in large part the story of its founder, Eric Pichette, a passionate entrepreneur who always has a million and one projects in the making.

After many disappointing experiences in several groups and organizations, Eric identifies an amazing opportunity in the business networking market.

Existing formulas are rigid, outdated, and downright dull. They aren’t very friendly and cater to a select club where smaller companies struggle to find their place.

He becomes obsessed with this situation because he wants to do better—and knows he can.

At last, an innovative and modern formula arrives on the market. GR Business Networking intends to be a space where self-employed workers are on the same footing as executives of SMBs and large corporations.

GR Business Networking launches in Quebec and Ontario and snowballs across Canada. With franchises assigned to a geographic region, the structure avoids competition and increases collaboration between members.

A new era of business networking is born.

The company’s motto is « one world, one network. »

By now, GR Business Networking counts tens of thousands of members and active businesses in over 100 countries worldwide. The network attracts over one million visitors in less than two years, and its members generate more than $1 billion in referrals.

After several intense years of flying, driving, and staying in hotels, Eric’s rockstar lifestyle catches up with him, and he becomes seriously ill. He has to sell the company he created and take care of his health.

It marks the end of his role as the head of GR Business Networking.

Eric’s interest in business networking never fades, so he becomes a self-employed business consultant. In this role, he continues to visit business groups and networks around the world.

He realizes that the company he sold is still thriving but sees that the lack of new and innovative ideas will eventually lead to its demise.

With new technologies such as Facebook Messenger, FaceTime, and Skype, it would be possible for a self-employed person located in Montreal to conclude an agreement with an entrepreneur in Europe without having to travel.

Already, Eric realizes that one day, meetings might not be in person, and an improved networking model would be necessary. Could virtual meetings also eliminate borders between regions and countries?

Breaking down physical barriers would also require changes to the corporate structure, the management team, and the makeup of networking groups. A massive challenge looms ahead.

So Eric begins a long reflection and several retreats to redefine a sustainable networking company that would always be on the cutting edge of the business world.

Having established the foundation for his new project, Eric turns his attention to the implementation details.

He needs to overhaul all the processes and procedures from the ground up, such as the meeting structure, membership types, different seats, marketing, and automation.

His latest baby is born. It will be called “GR International.”

For two more years, he works hard to create this new, innovative and modern networking model.

Why is it called GR International?

Phase 3: The creation of GR International

With the help and support of members of his network, Eric regains his health and gets back to his first love: business networking.

He returns to familiar markets and territories, and lets go most of the managers and directors. This decision allows him to surround himself with a new team dedicated to fully realizing his vision: to become the world leader in business networking.

All geographical boundaries and franchises are eliminated. From now on, GR International members will form a family and will no longer be assigned to a single region.

A new word is added to the company’s motto, which becomes:

“One world, one network, one family.”

Behind every great man, there is a great woman.

Eric meets Olena, originally from Ukraine, when she attends one of his conferences in Quebec. She quickly becomes his lovely wife.

Olena rekindles his desire to recapture international markets that have been neglected since 2015 and restore the phenomenal growth experienced by GR early on. Her business administration acumen, fluency in four languages, and extensive marketing experience were the missing pieces to successfully re-launch the project.

Eric reaches an agreement with a virtually unknown company at the time: Zoom Video Communications Inc. This agreement will be crucial to the future success of GR International.

Danny Couturier, a contributor to several projects since 2010, joins GR International as a partner. It’s the first time Eric has partnered with someone in his company.

Thanks to Danny’s involvement, the implementation of the project accelerates, and the structure is greatly improved. Danny, a former military officer and business consultant, becomes a key figure in the company’s development.

All in-person meetings are cancelled. It’s the beginning of a membership drain for many networking groups.

But thanks to its massive investment in technology, innovation in its networking formula, and its ability to quickly reinvent itself to meet the needs of entrepreneurs, GR International doesn’t lose members.

Entrepreneurs changed, and GR International followed suit, increasing its membership during the pandemic.

GR International also made it its mission to help businesses financially by introducing GR credits and a financial assistance program. The company has helped thousands of entrepreneurs in its network, providing over $500,000 in credits and financial support.

During the pandemic, GR International reimagined itself to meet the needs of entrepreneurs and enable them to grow collectively, one member at a time.

This commitment to change and innovation is at the heart of our success. Every week brings new benefits and more value to our members.

GR International is a business network that is human, modern, relevant, friendly, and effective.

Welcome to GR International, one world, one network, one family.

Establish a business networking connection around the world to foster growth, opportunities and prosperity amongst our members, while offering unique and innovative solutions.

To be the leader and the global standard in business networking.

We are committed to working hand in hand to reach the goal that brings us together.

At GR International, each and every one of us is accountable for our actions. We strive to go above and beyond business networking by offering an environment that is conducive to active participation and generates a sense of belonging and member loyalty. This culture of commitment allows us to choose how as individuals we can best contribute to GR’s mission.

We encourage innovation in all aspects of our work.

We’re always ahead of the game because innovation comes from boldness. GR International’s vision of business networking has always been about innovation; it is what dictates its model and its evolution so to increase its efficiency and productivity. To us, it only makes sense to constantly be on the lookout for new opportunities and new trends in order to continue offering unique and innovative solutions to our members and show them the way.

We do business with integrity.

Integrity is what guides our decision-making process and shapes our work culture and our team. Every member of the GR International team acts in a fair and honest manner. For us, integrity is a demonstration of our capacity to respect our commitments and to act with passion and professionalism even when the odds are against us. Someone who acts with integrity is someone we can count on, someone whose decisions are reliable and stable and whom accepts to be held accountable for its actions.

We look for passion in everything that we do.

Passion is what makes us go above and beyond and seek new and unique business networking solutions to improve the prosperity of our members. Guided by perfection, enthusiasm and a desire to commit without compromising, GR International aims to exceed the expectations of its members. If we are the world’ leader in business networking, it is thanks to our team of motivated and enthusiastic individuals.

Together, we offer quality business networking solutions that exceed our members’ expectations and provide results for the long term.

At its core, GR International’s professionalism relies on two aspects: its business networking expertise and its understanding of the importance of soft skills. Professional know-how, skills, involvement and reactivity, day in day out, we are fully invested because we want to increase the growth and the prosperity of our members. Professionalism implies that we are constantly learning, innovating and developing as professionals.

A Word from the President

Commitment, the secret of a successful business.

When I founded GR international, I knew what I was getting into, having had other businesses before. Entrepreneurship is not easy and one needs to be perseverant. I’ll repeat it again and again, starting a business involves commitment, time and energy - it’s as simple as that. I’ve stopped counting the hours spent on my businesses but I’m proud of what I’ve accomplished and know that I was able to get there because of hard work and passion.

With this new endeavour, my goal was to share my experience and knowledge to benefit the most people and prevent them from making the same mistakes I’ve made. If I’m this passionate, it’s because there’s nothing I enjoy more than to see you prosper.

I’ve understood from a very young age that our network can act as a propeller, as long as we nourish it and care for it. That’s exactly what GR international is offering: an environment allowing you to build relationships and leave your mark, whether it’s locally, regionally or internationally.

Strength might lie in numbers but commitment is the true secret of having a successful business. A group of disengaged individuals will never generate positive results.

The key? The more you invest in your business, the better returns you will generate. The more you develop those relationships, the better people will understand and appreciate you and the more likely they are to refer you. 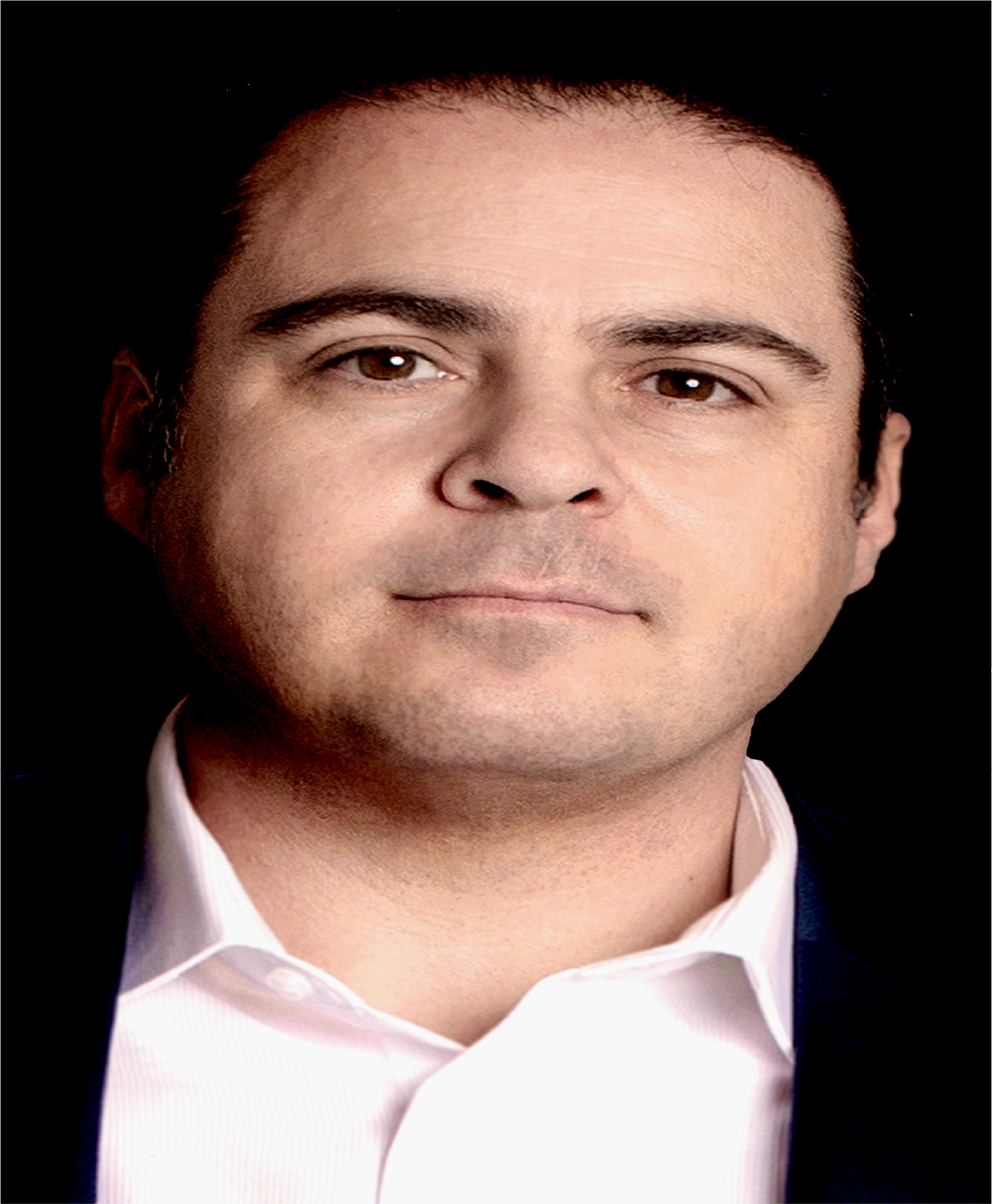 Founder of GR international, master networker, franchising expert and influencer, Eric is the brain of the organization. Always on the lookout for new ideas to better support the members, his beliefs and passion are what have made GR international the business networking leader that it is today. When he’s not busy developing new markets, you can often find him participating in the meeting of a local group. 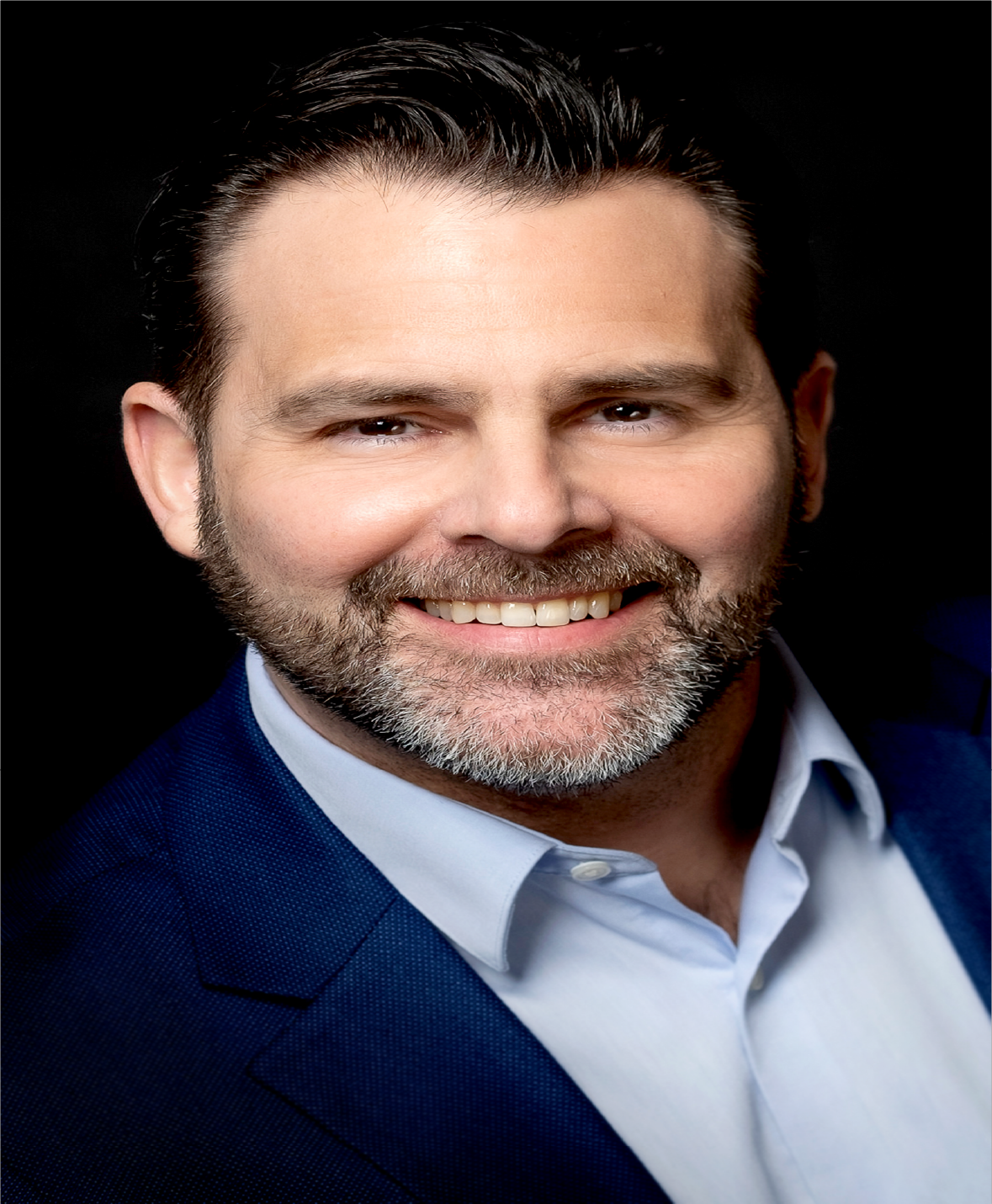 Involved in the organization since the early beginnings, Danny is an astounding networker and an experienced manager who equally understands the realities of sole proprietors than of large corporations. Always questioning the why of things, he is the guardian of GR international’s mission and vision while ensuring it can deliver from a structural and organizational stance. 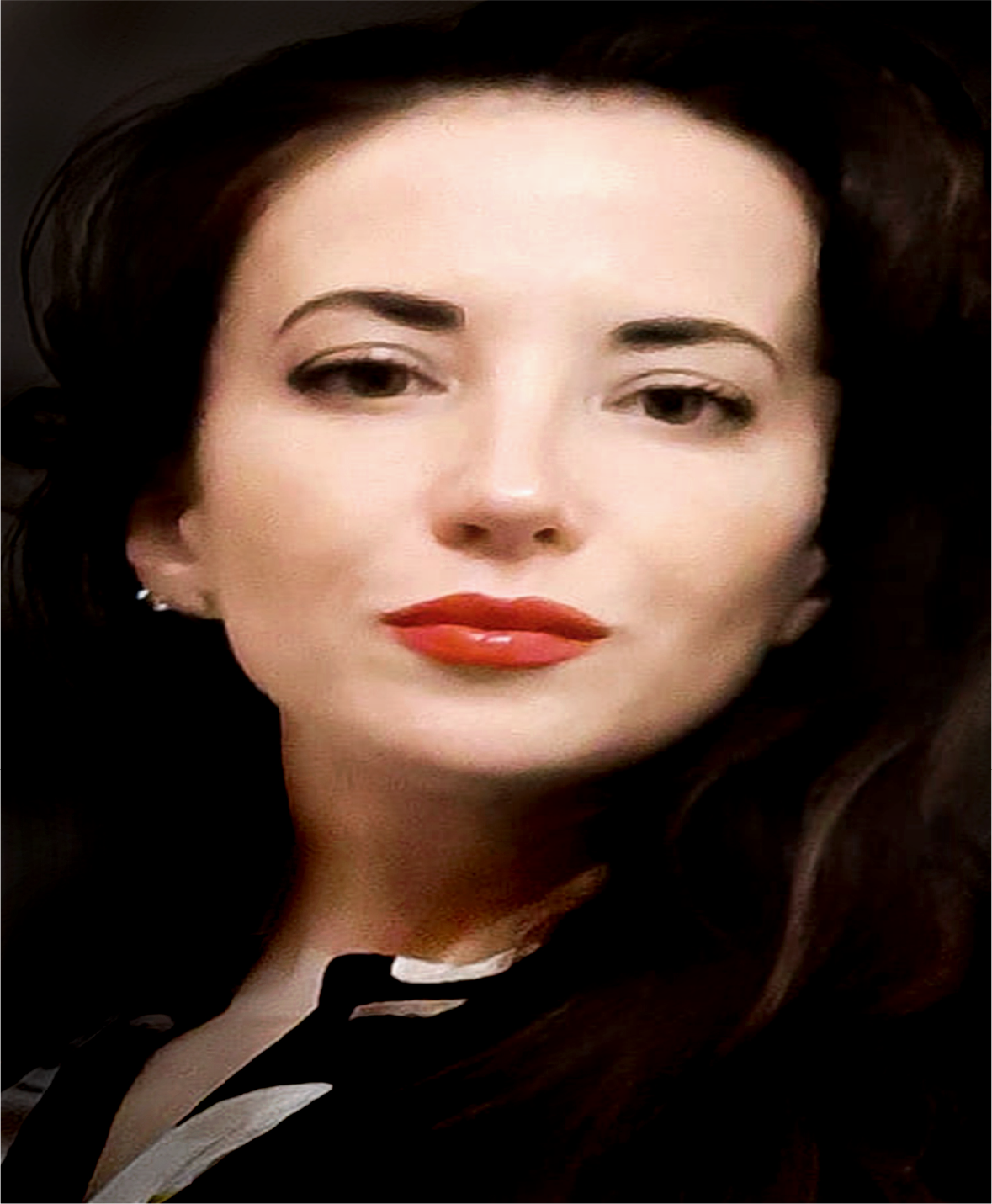 For Olena, nothing is more important than for GR members and partners to feel they have a voice and are well-informed, which is why she is making it her priority. Having owned her own business, her experience speaks for itself. Public relations, social media, special events, much of her attention is focused on visibility as she believes it is key to generate new member opportunities. 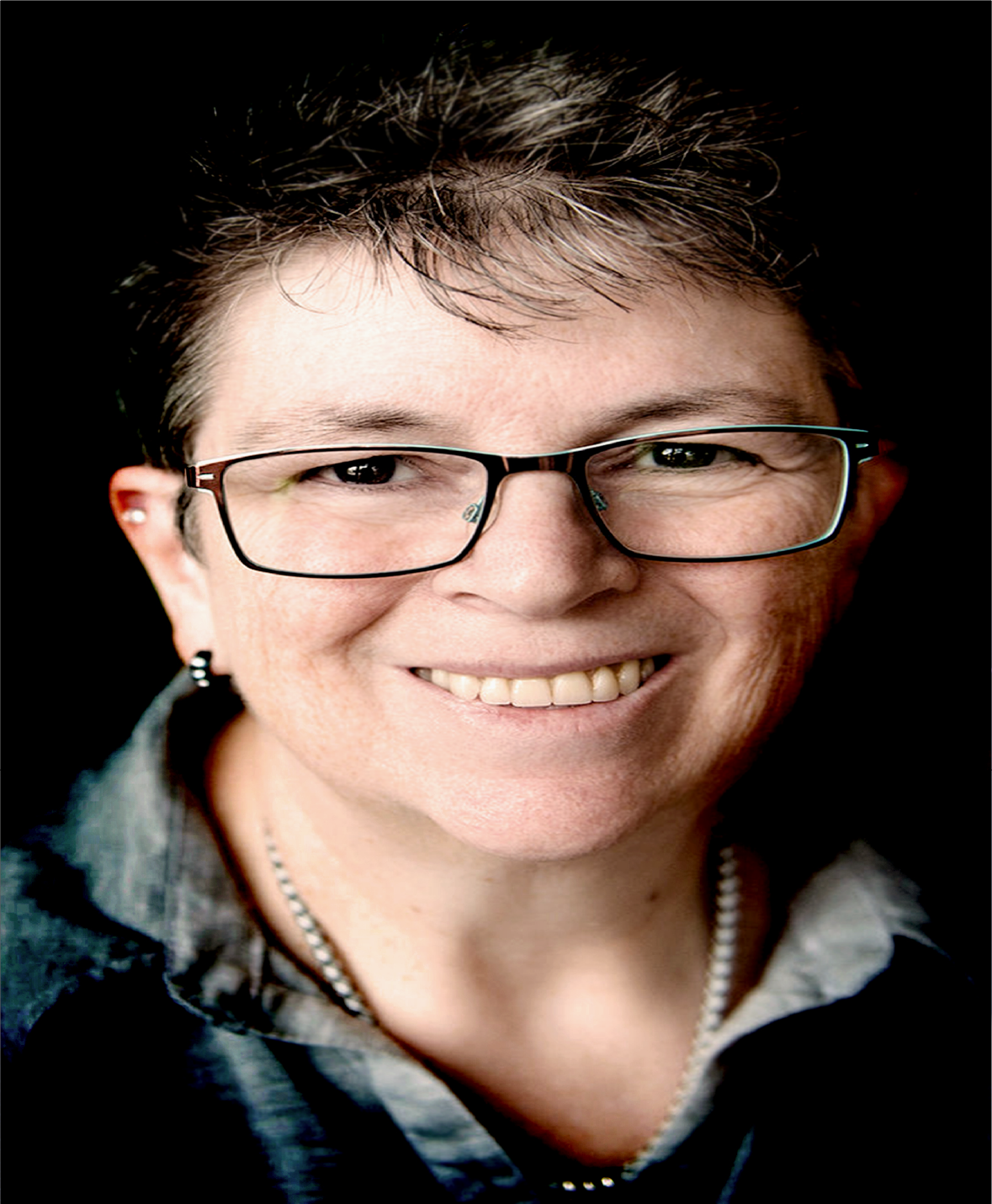 In many ways, Monique is GR international’s conductor. Thanks to more than 30 years of experience in human resources management, administration, finance and accounting, no one is better suited to supervise the operations of GR. Solution-driven and a model of integrity, she oversees GR’s customer service, human resources and bookkeeping.